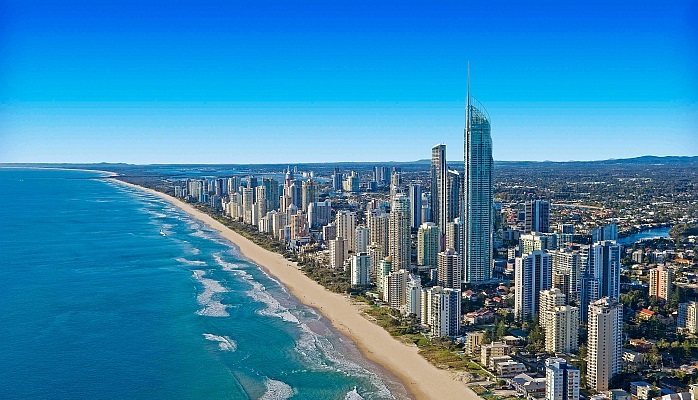 I am quoting from the Queensland Startup Summit Report, published by the State of Queensland Department of Science, Information Technology, Innovation and the Arts in May 2014, in which the former Minister Ian Walker reaffirmed the Government’s commitment to fostering an innovative and entrepreneurial culture in Queensland. Why, you may ask, is the State Government so focused on the startup sector? After all, Queensland contributes 19.3% to national GDP while we currently only house 7% of the nation’s startups.

One glaring statistic might provide some insight: startups create jobs. Research by the OECD in 2013 shows that young, small, high growth firms represent only 11% of employment among OECD nations, however they account for more than 33% of job creation in the business sector. As a point of comparison, large older firms comprise 30% of employment and just over 15% of job creation. The numbers speak clearly. Additionally, startups tend to cross traditional industry boundaries, combining the best of existing and novel solutions to drive the leading edge of the economy.

Australia has a proud tradition of innovation and Queensland has made it clear that it is strategically positioning itself as the smart state. This is being achieved through the location of progressive large businesses such as Boeing and Virgin and also through the development of a vibrant startup sector. The Startup Summit Report aims to situate Queensland as a top 20 startup location internationally by 2023, and we are seeing some early indications of positive moves in this direction.

Based out of a quirky old building in Wickham Street, Fortitude Valley, River City Labs is at the leading edge of Australia’s startup scene. Combining ultra-fast connectivity with an impressive collection of business mentors has led to over 50 startup entrepreneurs choosing to be current residents. As well as running a formal incubator, RCL hosts meetup events, collaborates in Startup Weekends and runs an internship program among numerous other activities. A recent innovation is #EntrepreneurStory where successful entrepreneurs are invited to share their story with other would-be entrepreneurs, assisting in knowledge development for our future stars and, importantly, supporting an entrepreneurial community. Most recently, RCL has developed Startup Catalyst, a fully-funded program taking twenty young entrepreneurs to Silicon Valley to experience arguably the world’s most dynamic startup environment.

On the Gold Coast, the not-for-profit business incubator Silicon Lakes is running the SURF accelerator program, backed by the City of Gold Coast, in collaboration with Bond University’s Bond Business Accelerator. Twelve startup businesses ran through the first offering of the two programs, receiving valuable advice from mentors and business professionals while achieving significant traction. The programs culminated in late November 2014 with Gold Coast Demo Day, where all teams pitched their ventures to a large audience of interested stakeholders.

Startup hotspots are almost always co-located with progressive, innovative universities, and Bond University is throwing its weight behind the innovation economy. The Faculty of Business aims to build tomorrow’s business leaders one by one, and entrepreneurship education is a key pillar of the way in which it goes about achieving these lofty ambitions. Entrepreneurship is, and always has been, an integral part of a Bond Business degree and the University is an active collaborator in the startup community through activities such as the Bond Business Accelerator.

A Network of Support

There are many other collaborators in the startup space in South East Queensland at all different levels, providing multiple and varied options for would-be entrepreneurs. Silicon Beach is an organisation that runs numerous meetups throughout the year: there are more than 500 registered “Silicon Beachers” on theGold Coast and over 1,100 in Brisbane. A range of co-working spaces have emerged, providing flexible office options for startups who want the adaptability and community offered by such services. Wotso in Varsity Lakes and Co SPACES in Southport are proving very popular on the Gold Coast, while a suite of options are available in Brisbane including Thought Fort, Salt House and The Swarm.

Word on the street nationally is that a lot is happening in South East Queensland. Success stories such as Ezidebit’s recent exit to US-based Global Payments for $305m certainly help, but more work is required to integrate the startup sector into the broader economy. Elsewhere in Australia initiatives like The Villagelaunched in Melbourne by NAB and Telstra’s Muru-D program in Sydney are actively bringing startups closer to the bigger end of town. Strong collaboration between active early-stage venture capitalists and startup communities, like that seen between Square Peg Capital and Innovation Bay in Sydney, assists in bridging the gap between early stage incubation and institutional funding. Queensland can learn from what is working well in other parts of the country as well as internationally.

The news is positive. The State government has instigated a formal review of Queensland’s venture capital industry by leading expert Professor Josh Lerner from Harvard University in an attempt to identify action items to improve access to capital for startups. The timing of this review could not be more relevant, with EY’s recent G20 Entrepreneurship Barometer suggesting access to funding, entrepreneurial education and training, and a supportive culture as the three major needs of young entrepreneurs. We would do well to focus our efforts on these three factors if we are to achieve the State Government’s goals set out in the Queensland Startup Summit Report.

Previous Story:
Entrepreneurship should be Taught in Schools
Next Story:
The QLD State Budget and what it means for startups